November 1, Kerala Piravi marks the birth of the state of Kerala in southern India. The state of Kerala was created on 1 November 1956, long after the Independence of India. Before this, it was three major provinces and several outlying regions under various rulers. 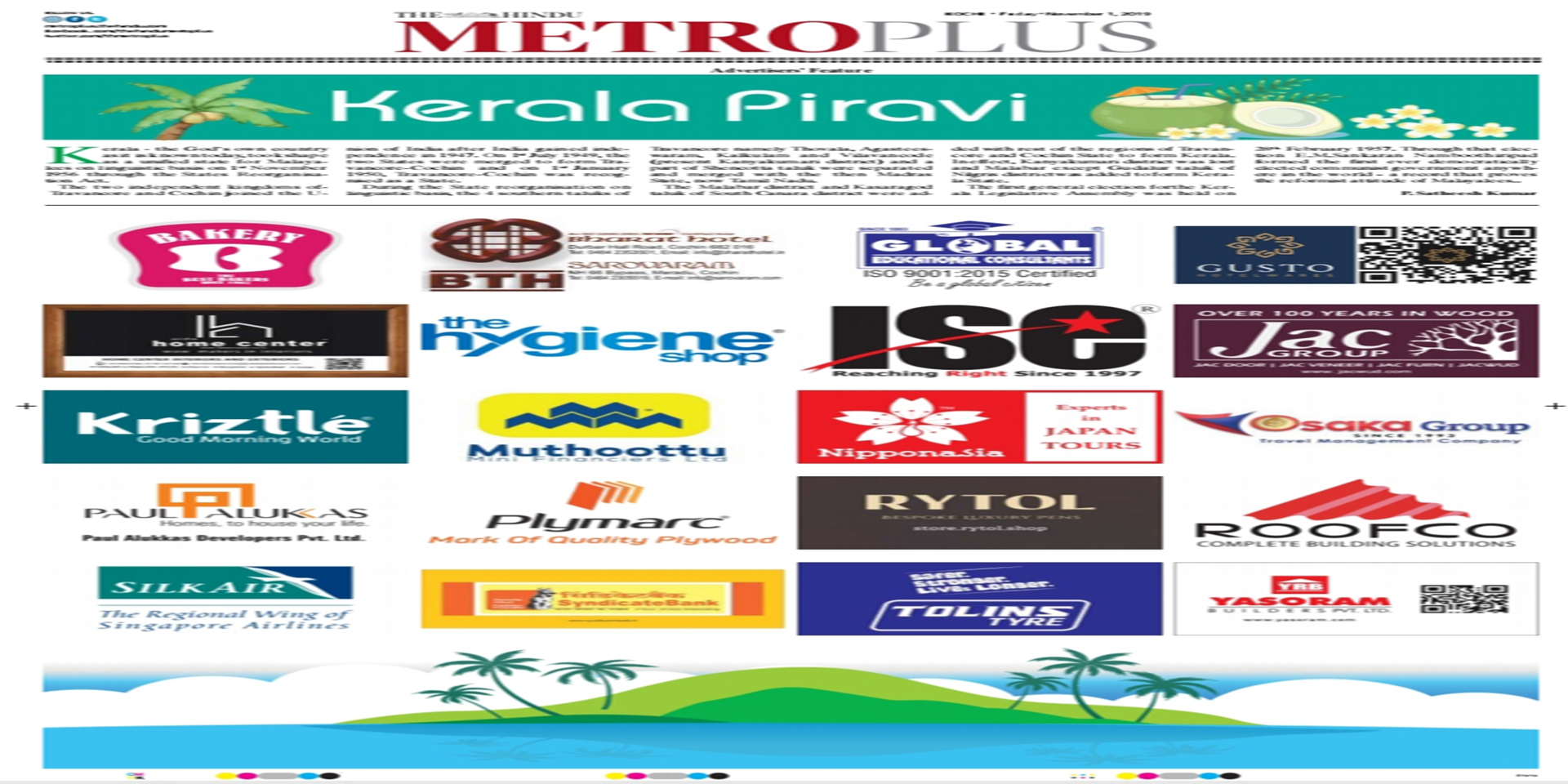 PLYMARC was recognized among one of the prominent and fast growing brands operating from Ernakulam district of Kerala by METRO PLUS of THE HINDU newspaper.